Bobbie Bhambree (CDBC, CPDT-KA) is the Director of Behavior Services and a Certified Dog Behavior Consultant at Behavior Vets. She is also a faculty member of CATCH Canine Trainers Academy and Agility University. 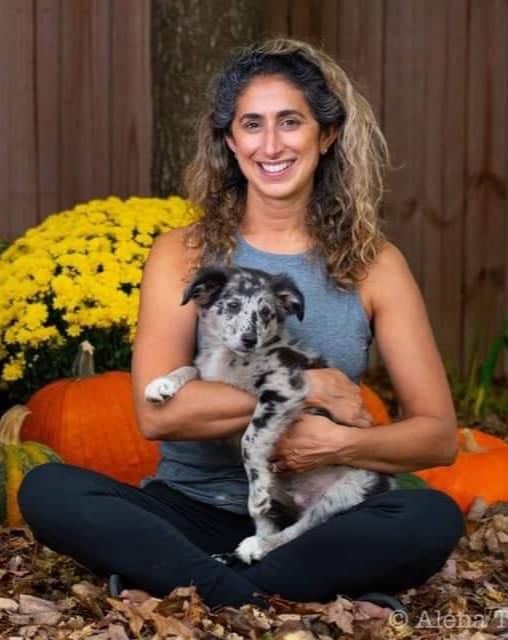 Bobbie started her career in 2003 as a pet behavior counselor with the ASPCA Animal Behavior Center. While there, she implemented behavior modification programs for dogs who had been surrendered by the public or seized by Humane Law Enforcement. In 2007, Bobbie joined the Humane Society of Westchester, spending the next nine years as their shelter trainer. She created and implemented training and enrichment programs for the dogs, counseled adopters, trained volunteers, participated in community outreach programs, and performed evaluations.

In 2016, Bobbie joined the North Shore Animal League America in Port Washington, NY as the Director of Pet Behavior. During her tenure there, she managed a team of canine and feline trainers who focused on developing behavior modification and enrichment programs for the animals in the shelter. She also deployed for the ASPCA Anti-Cruelty Behavior Team to work in the field, supporting the team with dog fighting busts, puppy mill cases, and hoarding cases. In addition to this work, she founded and directed her own company, DogCentric Dog Training, helping people whose pet dogs experienced a wide spectrum of canine behavior issues.

Over the years, Bobbie has very successfully competed in agility in various venues with several of her dogs including, Marvel who came in third for Performance Speed Jumping and Performance Grand Prix at Mid-Atlantic Regionals in 2019. Bobbie periodically contributes to the agility-focused magazine, Clean Run. She is passionate about working with dog sport teams struggling with behavior issues.